Five-Dimensional Vistas, or an attempt to explain the Time War

Five-Dimensional Vistas, or an attempt to explain the Time War

I'm not sure if this is the right place for this post, as it's not fanfic as such, more extreme levels of fanwank, but I'm posting it here rather than Whovianology in the hope it will help it to be taken in the spirit in which it's intended.

(Warning: This post contains extreme levels of fanwank. You have been warned.)

Of course, when I say 'explain the Time War', I mean explaining the version of it that exists in my head - your version will no doubt vary wildly, which is Right and Proper and should ever remain thus, in defiance of those fans whose life won't be complete unless they get to see someone on TV shouting 'fire the Timeonic Missiles, Castellan!'

Anyway, one thing we know about war is that both sides tend to be fighting over something, even if it's something as simple as whether or not people you don't like the look of should be hit repeatedly with blunt objects. So, let's go with the evidence and assume that the Time War was fought over the question of who should be in control of Time. The Time Lords were, the Daleks wanted to be, neither side was willing to give up that position so mostly metaphorical guns were pulled out from under mostly metaphorial tables and they had a big fight. Cut past the various chases to the big boom, and everybody loses.

But what does 'being in control of Time' actually mean? (And this is where appreciator onanism kicks in) After all, we've seen various species throughout the Whoniverse being able to travel through time, so how could one species be 'in control' of it? Consider this: we can travel pretty well within three dimensions, and if we don't succumb to the Four Horsemen or Kessler Syndrome at some point in the future we could get much better at it, to the level of being able to travel anywhere within the Universe if we so wished - and being human, we probably would wish, just to be able to get away from the tourists (Irregular Verbs 101: I'm a traveller, you go off the beaten track, he/she/it's a tourist) - but would that mean we were in control of the three dimensions?

For simplicity's sake, I'm assuming that time is the fourth dimension, thus neatly evading all sorts of interesting physical (both meta- and Actual Proper Science) discussions. This does fit in with what the series itself tells us - 'wanderers in the fourth dimension' et cetera - and avoids me having to read up on String Theory. Though now I'm having visions of Christopher H Bidmead attempting to get The Kids interested in String Theory by introducing a monster made of string.

So, how can a species be in control of a dimension? By living in the dimension above it, of course. You control a one-dimensional entity (a line, say, or your average guest character on The Bill) by putting it in a two-dimensional space (a square) which itself can be contained entirely in a three-dimensional object (a cube), and so on. If you could move about in the fourth dimension and manipulate it in a similar way, you could control three-dimensional objects very easily. This is why a war where only one side has time travel capability wouldn't be very short, it'd be non-existent, as various bits of Whovian apocrypha attest happened (or didn't happen once someone realised they might happen, and I hope you get that point otherwise this exploration of the meaning of 'happen' in the context of time travel could continue to infinity) to various species who the Time Lords didn't like the look of.

So, extrapolating from that, we learn that to be in control of time, you actually have to be able to exist in a fifth dimension, which I'm not going to attempt to name, as it'll sound silly and/or be copyrighted by DC Comics. But, if you were able to move about in that fifth dimension, you'd be able to control the fourth (and the lesser ones below it, of course). So, the Time War was a battle over territory, but that territory was an entire dimension.

And it makes sense that the Time Lords had a dimension of their own, above the hoi polloi of the universe. This would explain why they could have their own history, why they always seem to meet in sequence and never rarely bump into themselves on their travels and why they can't travel into their own past or future. If you really want to get adventurous, you could even postulate another dimension above that one for the Guardians.

Of course, the problem with being the only residents of the fifth dimension is that you don't want someone else moving in, because once you're not the only people on that block, things can get very precarious very quickly. Think of what a complicated mess the various Terminator chronologies are, and that's with two antagonists using limited fourth-dimensional technology to fight a battle for control of a small part of the three dimensions - go up a dimension, add several orders of magnitude in the numbers of combatants and the war aims on each side and then imagine being the person who has to compress that into ninety minutes of screen time.

To live in the fifth dimension, however limitedly, would fundamentally alter the way you interact the universe, hence the allusions to the Daleks disappearing from time to 'go off and fight a bigger war'. This was a fight taking place in areas beyond our comprehension, but the collateral damage would echo across everything, though in this case the fallout was capable of rewriting entire histories.

Just as we can't go back in time to the Second World War - well, not until we understand time travel - even if we happened to be part of it, so the Doctor can't go back and undo the Time War. A time lock isn't someone raiding the Hardware Store of Rassilon for a Space-Time Padlock, it's a natural part of the order of things. To travel back in the fifth dimension requires an excessive degree of lunacy to even contemplate, in the same way that we'd regard someone who'd become unstuck in time as mad (yes, Dalek Caan is the fifth-dimensional Billy Pilgrim and the Guardians are thus the Tralfamadorians, which makes a certain kind of sense) - no matter whereabouts in the fourth dimension you might be, the Time War is now in the past, it's always been in the past and it always will be in the past - even if you could get back to the Big Bang, it would have already happened from your four-dimensional perspective.

As for the war itself and how it was fought, imagine describing World War Two to a sentient square. We might think we know what the Nightmare Child and the Fall of Arcadia were, but they're the equivalent of the opening titles of Dad's Army in explaining to our square (he's called Bob, by the way) - it's a shorthand that can just about be understood by the lower levels of existence (yes, that's us) but doesn't capture any of the meaning.

In summary, then, the Doctor has five times as many dimensions as a guest star on The Bill, and you can experience the full sweep of the Time War by watching Dad's Army. Any questions?
_________________
"You\'re wrong, and you\'re a grotesquely ugly freak."
blog | livejournal | flickr | facebook | twitter

Re: Five-Dimensional Vistas, or an attempt to explain the Time War

Nick Barlow wrote:In summary, then, the Doctor has five times as many dimensions as a guest star on The Bill, and you can experience the full sweep of the Time War by watching Dad's Army. Any questions?

Without reading the rest, I can tell from this snippet that you are Lawrence Miles and I claim my five pounds

From The Gospel According to Zoltar: "He's The Oncoming Spillage.

He's like whisky on ice, well-aged. He's like the night, and the storm in the heart of the pub. He's ancient and forever. He spills at the center of time and he can see the turn of the drinkliverse." 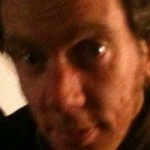