Today it hs been announced that we're finally getting the release we've all been waiting for: The Sontaran Experiment - Special edition.

The 6 disc box set will contain barely-noticeable-yet-slightly-better picture quality on both episodes from the last release, a series of documentaries about the filming locations used and the much anticipated documentary: The Greatest Marter. While the slightly misleading title may suggest that this documentary is about WHO favourite Ian Marter, it's actually an interview with Ian Levine that has been directed and produced by Ian Levine. In it he states that there will always be 110 108 106 missing episodes of Doctor Who. Other extras include footage of the production team letting down balloons and a history of previous Sontaran Experiment releases. There's also a 'Coming Soon' trailer for another story that was released 6 years ago. RRP £49.99 but only HMV will actually charge that much. 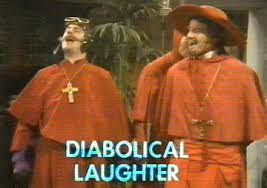